A GLIMPSE INTO THE PAST

History of the Properties

Hope Goddard Iselin owned the property now known as Hopelands Gardens. Her husband C. Oliver Iselin purchased the 14 acres in 1897 and built the residence around the turn of the century. Hope Iselin planted the many beautiful Oaks and Cedars that now grace the property.

When she passed away in April of 1970 at the age of 102, she left Hopelands to “a state entity.” The Trustees of her Estate selected Aiken to receive the 14-acre property after the City of Aiken undertook a process to request it in 1970. Although the City Council minutes record a unanimous vote, the City Council was, at first, split in their interest in acquiring the property. Mayor Odell Weeks and City Manager Roland H. Windham were instrumental in building the consensus that led to Aiken being selected. Although in the l920s the postcards and pictures of Hopelands were used by the Chamber of Commerce and the City of Aiken to advertise Aiken as a resort, when Aiken acquired Hopelands, the primary residence had fallen into disrepair. The documents transferring the property stipulated that the primary residence be torn down. Three original structures remain: (1.) the carriage house—now the Aiken Thoroughbred Racing Hall of Fame and Museum; (2.) the Doll House, now the home of the Aiken Council of Garden Clubs; and (3.) the caretaker’s cottage. The Gardens were beautifully designed by South Carolina landscape architect Robert Marvin. 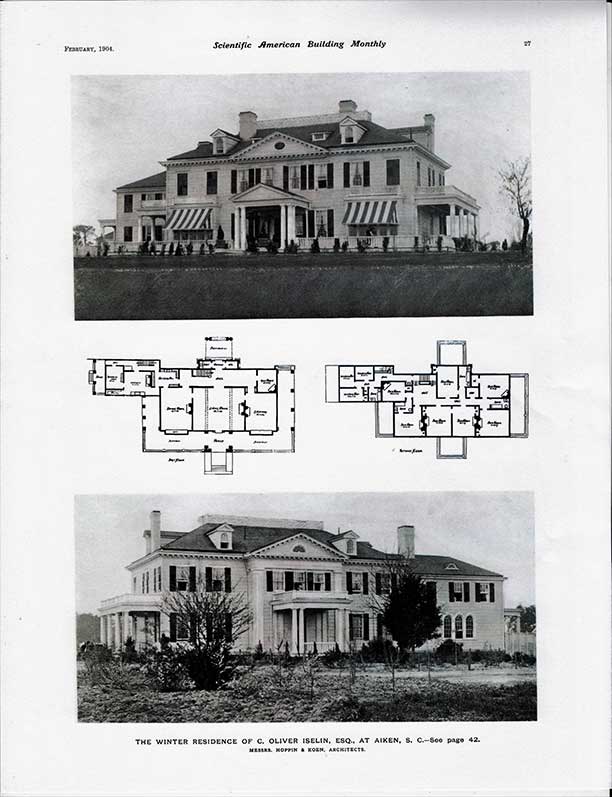 Hope Goddard Iselin was born in 1868. She was the only child of prominent New England family of Colonel William Goddard, President of the Providence National Bank and tenth Chancellor of Brown University.

C. Oliver Iselin, born in 1854, was from a prominent Long Island family. His grandfather had amassed a fortune in banking, railroads, and coal mining. Iselin’s father Adrian Iselin was a Wall Street banker and one of New York City’s wealthiest men. C. Oliver Iselin was first married to Fannie Garner (1861–1892). Two years after her death he married Hope Goddard. They were married in June 1894 at Hope Goddard’s home on the campus of Brown University. They had two children, a son William Goddard, who died at the age of six, and Edith Hope.

Hopelands was only one of the Iselins’ homes, although they always wintered and trained their Thoroughbred race horses in Aiken and were instrumental in establishing Aiken as a major location for horse training. C. Oliver Iselin is best known for being a yachtsman, defending the America’s Cup successfully three times in yachts that he helped design and build. In l894, Hope was the first woman in the United States to serve on an America’s Cup crew. Oliver Iselin was a member of the Palmetto Golf Club, and Hope may have been the first woman to be extended an honorary membership in 1932.

This group continues to this day and currently distributes medical assistance through ACTS (Area Churches Together Serving). 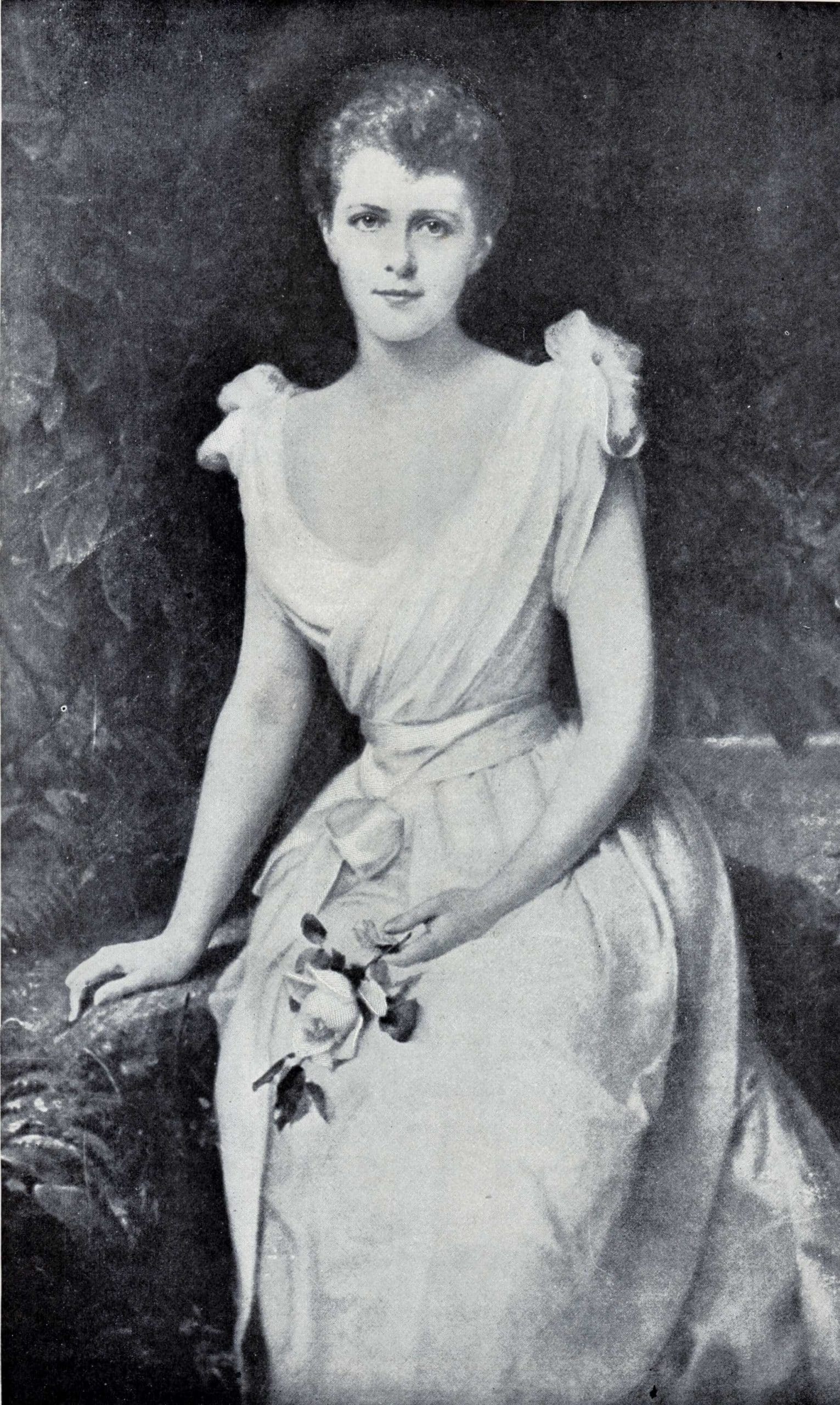 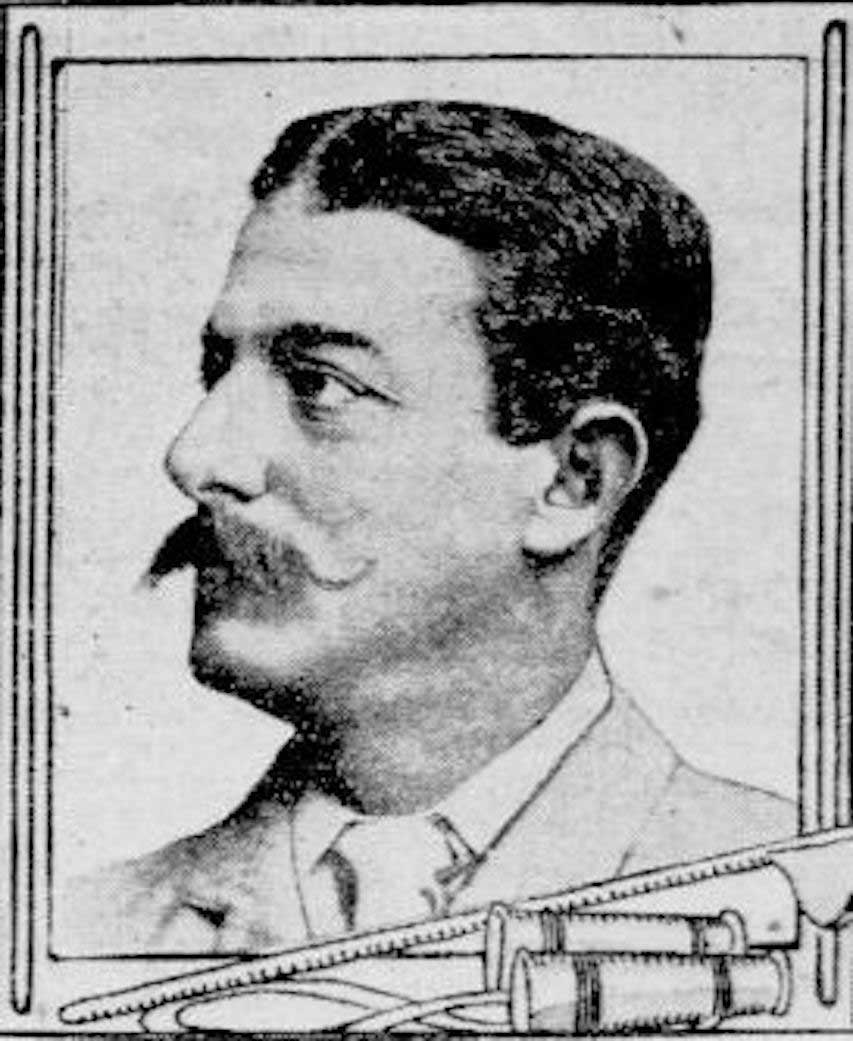 Built as a Winter Colony bed and breakfast, Rye Patch was originally owned in 1897 by William Travers, the son of Billy Travers, a well-known sportsman for whom the Travers Stake at Saratoga is named.

Dorothy Knox Goodyear Rogers and her husband, Edmund Pendleton Rogers, purchased the Rye Patch estate for $22,500 in 1937. After their bid was accepted, they discussed plans for redecorating and renovating and wrote: “discontinue the drive around the house, add a wing with four servants’ rooms and bath, build a new Aiken stable, and convert the old garage-stable into a garage with grooms’ quarters above and a new wing with Chauffeur’s quarters.” They moved into their new winter residence in 1938, where Dorothy Rogers spent her winters until her death in December of 1980. She left the estate of Rye Patch to her children. In l981, the four Goodyear children gave her 10-acre Winter Colony estate to the City of Aiken in memory of their mother and their stepfather.

Echoing the restrictions on the deed to Hopelands Gardens, the Goodyears stipulated that the following shall be forever prohibited: “Peddlers, hawkers, and vagrants; playing fields, athletic, bathing or swimming facilities; firearms, shooting ranges, ball playing, roller skates, scooters, stilts, unicycles, bicycles or tricycles; bonfires; raucous sounds, amplifiers or loud speakers of high decibel; every activity of a commercial or of a noisy or boisterous nature, or which would tend to create a carnival or a circus atmosphere. This property was to be used as a civic center of ‘suitable dignity.’”

In 1983, Rye Patch was opened to the public and, over the years, has provided an example of historic structural preservation at its best. Rye Patch offers a lovely venue for weddings, receptions, and other civic engagements.

In 1989 the Robert M. Goodyear family donated Patsy’s Garden, a beautiful rose garden that sits on the spot where the Rogers’ tennis court once stood. It was given in memory of the Goodyear’s daughter Patsy, who died of leukemia. She was a granddaughter of Dorothy Knox Goodyear Rogers.

In 2017 the aging and deteriorating Rye Patch stable was restored and preserved. Painted fiberglass replicas of historic horses once belonging to prominent Aiken residents were placed in the stalls, including the much-loved driving pony, Dandy, now placed in his original stall. 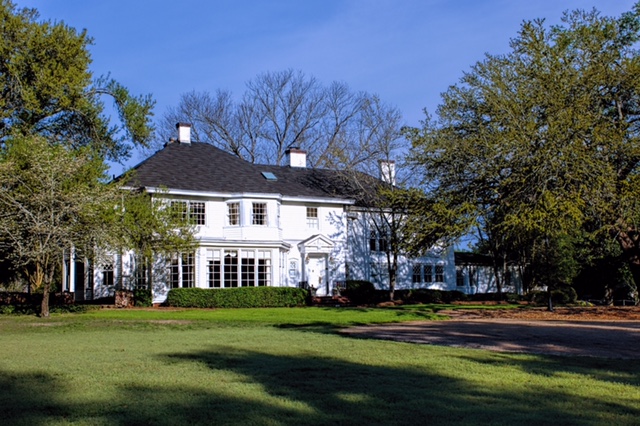 Dorothy Rogers was called Dot by her friends and was born in 1896 to Grace Millard Knox and Seymour Knox I. He was part owner and vice president of F.W. Woolworth Company.

In l916, she married Frank H. Goodyear with whom she had four children. He was killed in an automobile accident in 1930, and one year later, she married Edmund Pendleton Rogers, a widower with two children. Edmund Rogers was president of the Fulton Trust Company in New York City and an avid sportsman.

Dorothy Rogers’ grandchildren adored her and said that she was fun and generous to everyone. They shared Sunday dinners with her, dining in a formal setting with a beautifully set table and delicious food. They called her Nonnie and enjoyed visiting the Rye Patch stable where a pair of cart ponies, Fine and Dandy, lived.

Mrs. Rogers was known in Aiken as the perfect hostess, and Rye Patch guests knew that LeRoy Wright was the person who made everything perfect for her. During the 1960s, ‘70s, and early ‘80s, LeRoy James Wright was her head butler and traveled with the Rogers family to their other homes in New York. When dinner parties were held at Rye Patch, LeRoy Wright was the first person guests saw on entering the home. He was known as a wonderful gentleman and made everything run like clockwork.

In 1952 the Rogerses had the Duke and Duchess of Windsor to Rye Patch for lunch. The Duke and Duchess were attending the Masters Golf Tournament in Augusta, GA. Some say that the Duke and Duchess stayed at Rye Patch in 1938 after the Duke had abdicated the throne of England to marry Wallis Simpson. The story goes that their coming brought about the addition of the wing onto Rye Patch and the bricking up of the wall arches and driveway. While the Duke’s and Duchess’s arrival were forecasted in the local newspapers, there is no further evidence that they actually arrived. In fact, all evidence indicates that they cancelled their planned trip to the United States and remained in France. 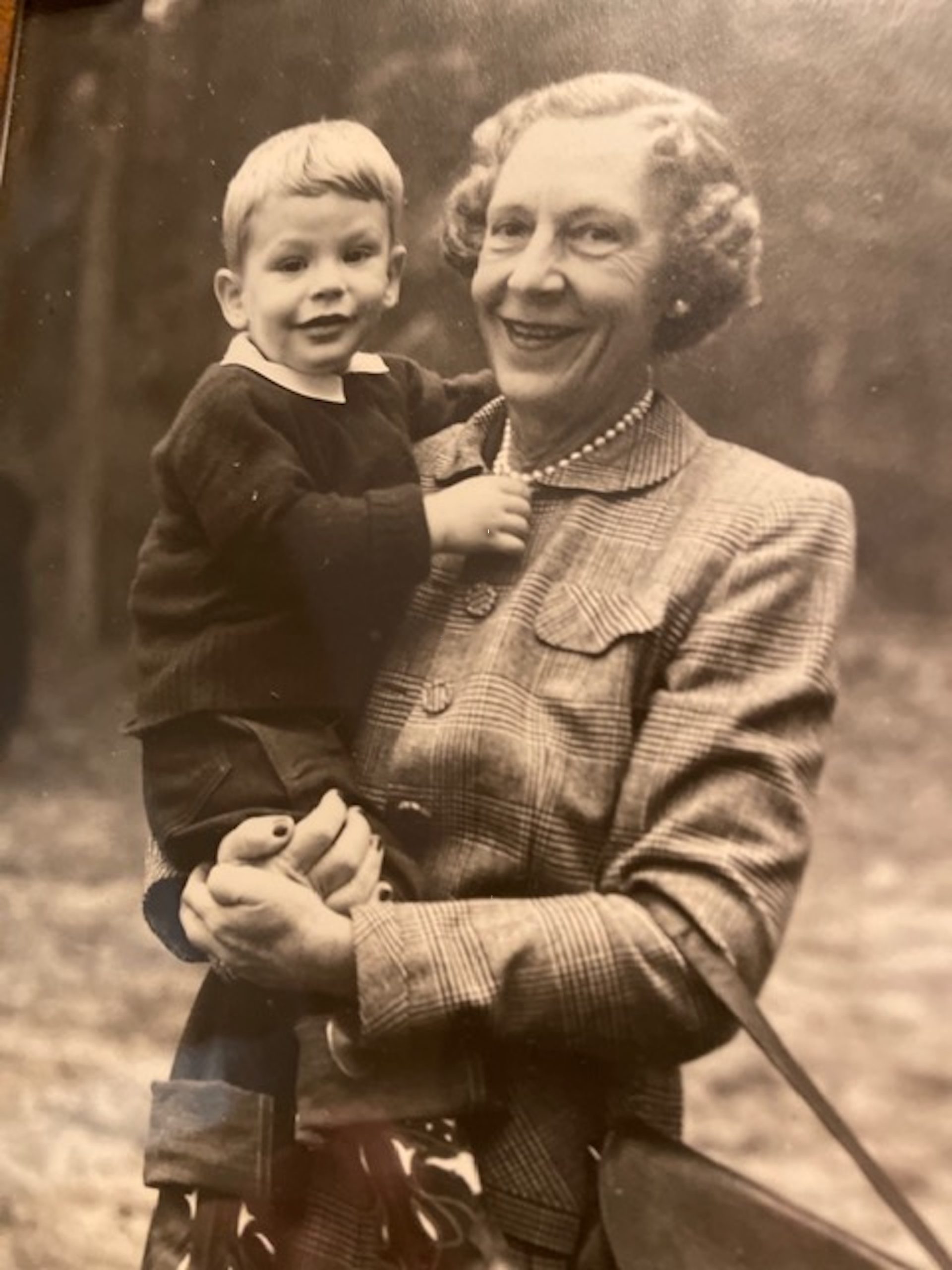 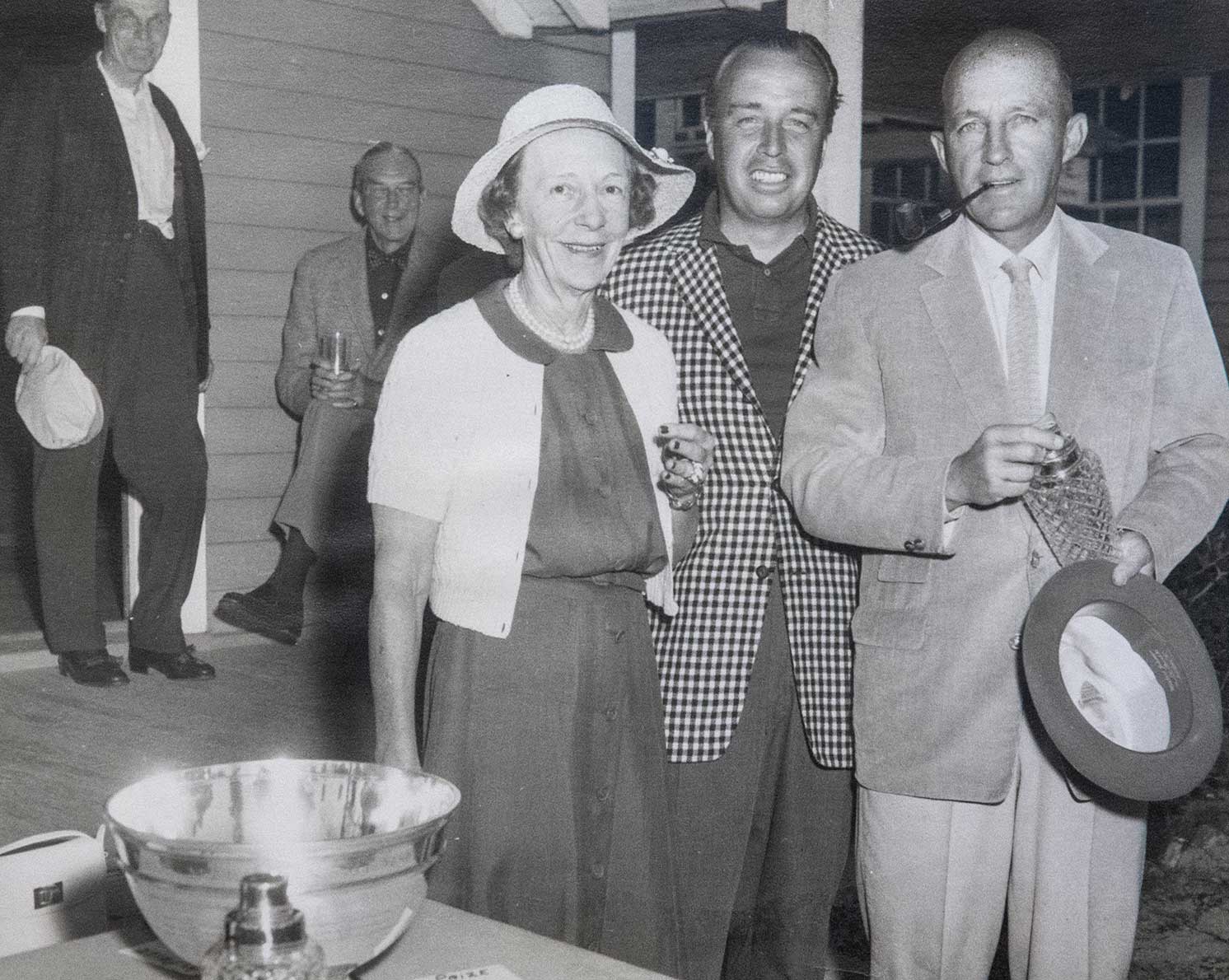